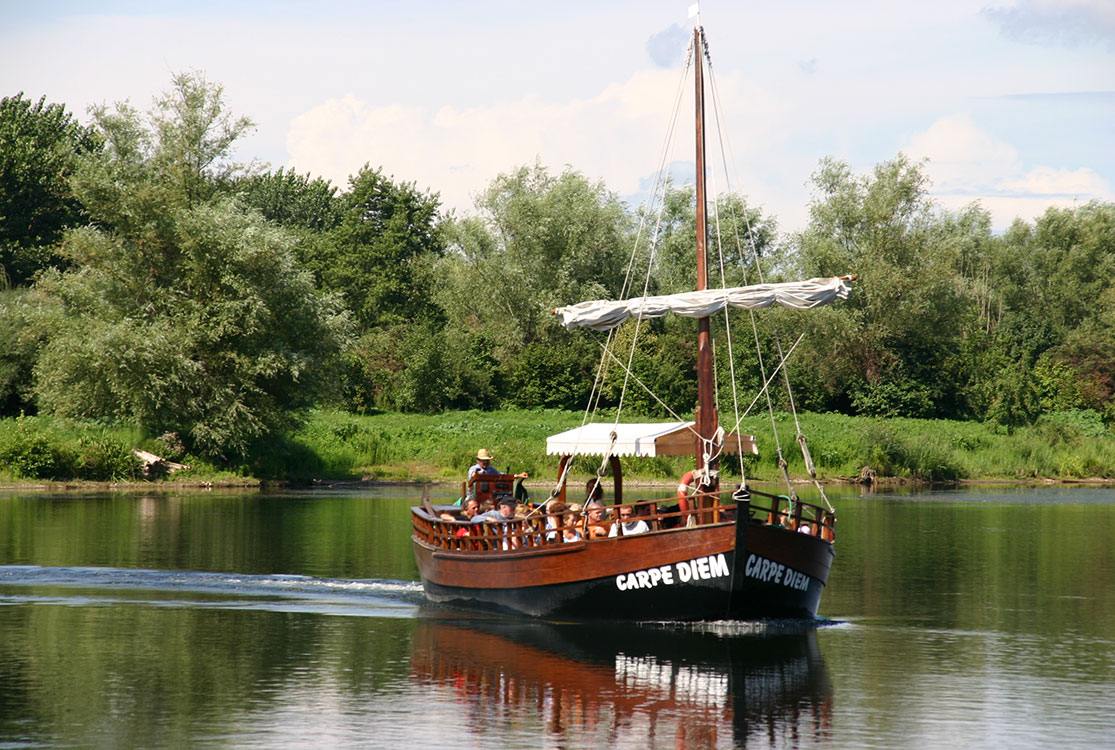 The terme gabarre, gabare or gabarros actually designates several types of river boats from different basins of the Atlantic coast of France (Loire, Sèvre niortaise, Charente, Dordogne, Garonne). Their only common point is that of all river transport boats: the flat bottom called "sole" which allows it, with a small draft, to carry a maximum load. Quite often too, these boats can be rigged.

On the Loire and the Charente, this boat is built with clapboard, that is to say that the planks which constitute the hull are superimposed relative to each other and pegged by pieces of wood. Again, on the Charente, this characteristic only concerns the types of gabques known as lace boats and Port d´Envaux. In the other regions, and in particular the Dordogne, the hull is assembled with freeboards.

Depending on the region, the freight consisted of ore and various agricultural products, wines (pediment, gaillac, cahors, wines from Aveyron, Lot, Brulhois, wines from the upper country, etc.), construction materials (stone 'Apremont sur la Loire for example), metallurgical products (anchors and cannons from Nivernais for example) and also wood intended for cooperage (Auvergne and Corrèze wood for Bordeaux cooperage on the Dordogne or marine carpentry , the descent. The recovery concerned products such as salt, products from the colonies (spices, sugar, coffee, etc.), dried fish, and in particular the salted cod which is the source of certain regional recipes such as brandade Parmentier or l 'estouffade (or estofinado in Aveyron). “Around 1850, river transport on a gabarre provided 60% of the trade in goods between Bergerac and Bordeaux. ". Toulouse was also the starting point for many gabarres loaded with various goods (wines, agricultural products, pastel, marble, etc.).